My friend and I have come back from our trip to Japan and it was absolutely amazing. We had such a great time with so many memories we won’t ever forget. I bought so much stuff that after I filled my luggage I had to buy two boxes which I filled up and sent to Australia (they have arrived safe). I did (eventually) get to hand my letter in to Square Enix reception and while I have no proof, from what the lady said I believe the letter will be read by Mr Nomura. Unfortunately I did not meet him but maybe next time I will send another letter and who knows maybe he’ll remember the first letter and I’ll get another chance.

We had no problems with the trains or getting around, it was really easy as you said. The only hiccup was the first day (as you may remember with the rush to universal studios). Believe it or not the plane arrived an hour early but as we got to the terminal we found out that the office that exchanges the JR pass was closed till 7.30. In the end we just paid the extra money to catch a Nozomi and we ended up going to the hotel to drop off our luggage and then to Universal Studios. We did make it to the Harry Potter event and got to do everything we wanted so in the end it was ok. I’ll definitely admit though that first day was very exhausting and I would plan that better next time however I have no regrets as that One Piece show that you helped us get into to was absolutely spectacular. Believe it or not out of all the truly amazing things we saw, for me personally, that One Piece show was my favourite thing of the whole trip (I even teared up at the end) and I will never forget it as long as I live.

I’m sure you get a lot of people saying this but seeing all the anime, manga and games and also how polite and friendly everyone is over there I am inspired to try and learn the language. I did pick up on quite a few phrases and terms over there (which I was happy with) but I want to learn as much as I can. Anyways I just wanted to say a big thank you for helping us make the trip so amazing and all your advice. Again I can’t thank you enough for helping us get into the One Piece live show and even as far as the reception of Square Enix (which in itself is incredible). I really, really, really appreciate all your help and I want to return to Japan within the next 1-2 years and I will definitely seek you out if you are still in the business.

We returned from our Japan holiday on Monday.  Everything went to plan with our rail passes and USJ tickets.  I really want to give you feedback on the Cooking Sun Japanese cooking class.  It was so wonderful and I can highly recommend it.  We caught a taxi from Kyoto Station as this seemed easiest, but found our way back very easily after the class.  Fuki, the lady who taught us, spoke excellent English and was just so nice.  There was only Jemma and I in the class and it was very hands on.  We learnt a lot and were very proud of the obento box we produced.  I will send you a couple of photos on a separate email.  Great value for money. 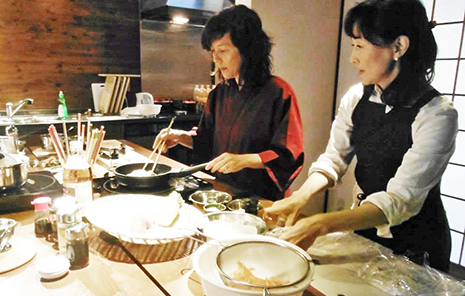 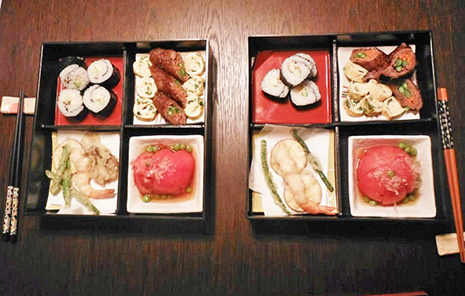