Nagasaki (長崎) is an attractively situated port city on the island of Kyushu and the capital of Nagasaki Prefecture. As one of Japan’s closest port cities to the Asian mainland, Nagasaki has played a prominent role in foreign trade relations for many centuries and was the most important of only a very few ports open to restricted numbers of foreign traders during Japan’s period of isolation. In more recent history, Nagasaki became the second city after Hiroshima to be destroyed by an atomic bomb towards the end of World War II.

The main sightseeing spots in Nagasaki include: 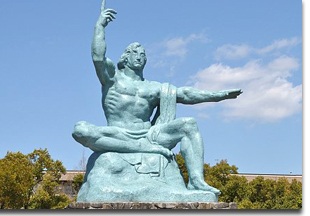 The Nagasaki Peace Park commemorates the atomic bombing of Nagasaki of August 9, 1945, which destroyed wide parts of the city and killed ten thousands of inhabitants.

In the park stand the massive Peace Statue as well as various other memorials. A monument around a black pillar marks the atomic explosion’s epicenter in the nearby Hypocenter Park and stores the name list of bomb victims. Above the park stands the sobering Nagasaki Atomic Bomb Museum. 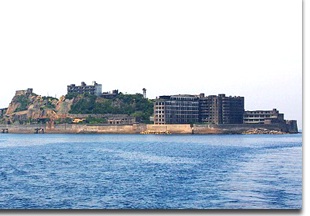 Gunkanjima is a small island located about 20 kilometers from Nagasaki Port. Until 1974, the island served as a coal mine, and more than 5000 residents called the 480 meter long, 150 meter wide island home, resulting in the highest population density in history recorded worldwide.

To accommodate so many people in such a small area, every piece of land was built up so that the island came to resemble a massive battleship. In fact, “Gunkanjima” is a nickname that means “battleship island” in Japanese. The island’s formal name is Hashima. Coal was first discovered on Gunkanjima in 1810 by the feudal lord of Saga. Industrial mining began in the late 1800s, and soon after, the island was purchased by the Mitsubishi Corporation. As production increased, the island was expanded, and large residential and industrial buildings and high sea walls were constructed.

Managers, workers and their families all called the little island home. The residents of the island were able to live out a more or less typical life. Half of the island was devoted to the workings of the mine, the other to residential space, schools, restaurants, shops, a public bath and a hospital. 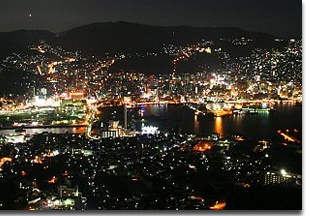 The summit can be reached by ropeway, bus or car and offers great views over the city. In fact, the night views from Mount Inasa are ranked among Japan’s three best night views besides the views from Mount Hakodate and Mount Rokko. Several television and radio antennas and an observation deck with restaurant are located at the summit. 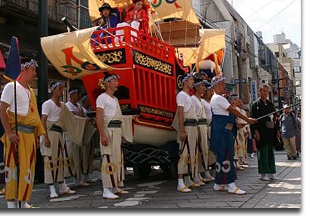 The Nagasaki Kunchi is the festival of Suwa Shrine, held annually in Nagasaki on October 7-9.

The Nagasaki Kunchi has been celebrated for more than 370 years and incorporates different aspects of Chinese and Dutch cultures, which have played a role in the city’s history. The festival’s name is believed to come from ku-nichi (“9th day”), the ninth day of the ninth month of the lunar calendar.  The festival highlights are dance and show performances by groups representing Nagasaki’s various city districts. Each district (odori-cho), participates only once every seven years, so this festival remains fresh to even the regular viewer.

About five to seven groups perform each year, presenting traditional Japanese dances, Chinese influenced dragon dances or performances involving large floats, many of which are shaped like ships. While some performances are calm and peaceful, others get wild and hectic. 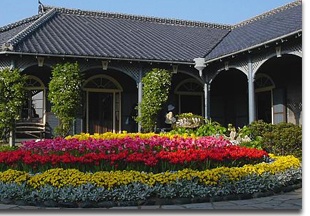 Glover Garden is an open air museum, exhibiting mansions of former Western residents of Nagasaki. It is located on the hill where Western merchants settled down after the end of Japan’s era of seclusion in the second half of the 19th century.

The exhibited buildings include the mansions of British merchants Frederick Ringer and William Alt and the former residence of Thomas Glover, a Scottish merchant. A nice panorama of the city can be enjoyed from the garden. 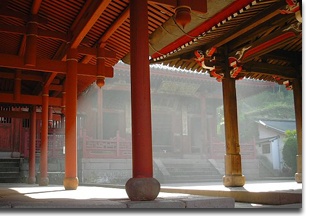 Sofukuji was constructed in 1629 for Nagasaki’s Chinese residents according to contemporary Chinese architecture. Consequently, the temple looks and feels more Chinese than other temples in Japan. Sofukuji belongs to the Obaku school of Japanese Zen Buddhism.