Hokkaido(北海道) is the largest and northeast prefecture in Japan; it is also one of the most popular places to visit in Japan. Vast forests, carpets of flowers, a white world covered with powder snow and ice. The four distinctive seasons make Hokkaido and attractive destination.Enjoy outdoor sports, being in communion with grand nature and exciting encounters with animals and plants. Fresh seasonal dishes and affluent hot springs scattered all over Hokkaido provide moments of relaxation.

Sapporo (札幌, “important river flowing through a plain” in Ainu language) is the capital of Hokkaido and Japan’s fifth largest city. Sapporo is also one of the nation’s youngest major cities. In 1857, the city’s population stood at just seven people.

In the beginning of the Meiji Period, when the development of Hokkaido was started on a large scale, Sapporo was chosen as the island’s administrative center and enlarged according to the advice of foreign specialists. Consequently, Sapporo was built based on a North American style rectangular street system.

Sapporo became world famous in 1972 when the Olympic Winter Games were held there. Today, the city is well known for its ramen, beer, and the annual snow festival held in February. 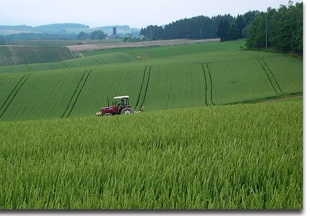 Lavender has been cultivated in Hokkaido for more than half a century. When the arrival of lower priced, imported lavender led to a decrease in demand for Hokkaido’s lavender in the 1960s and 70s, the local lavender’s main function shifted from agricultural product to tourist attraction.

Nowadays, Furano’s lavender fields attract large numbers of visitors to the region every summer, when the plants are in full bloom. The majority of lavender usually starts blooming in late June and reaches its peak from around mid July to early August. Less numerous, later flowering varieties of lavender remain in bloom into mid August.

Many other flowers make Furano an attractive destination outside of the lavender season, as well. The main season for flower viewing takes place between June and September, although some flowers also bloom earlier and later than that. Flowers include rape blossoms, poppies and lupins from June, lilies from July and sunflowers, salvias and cosmos from August and September. 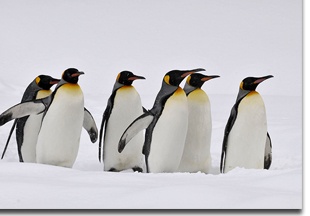 Asahiyama Zoo (旭山動物園, Asahiyama Dōbutsuen) is a very popular zoological garden just outside of central Asahikawa City in the middle of Hokkaido. Its popularity lies in the enclosures which allow visitors to observe the animals from various angles, many of which are unique to Asahiyama Zoo.

Highlights include a glass tunnel through the penguin pool that allows visitors to observe the birds’ underwater flights, and small glass domes in the middle of the polar bear and wolf enclosures that can get visitors right among the animals. The zoo was also one of the first to organize penguin walks in winter. Work on new enclosures and improvements to existing ones is constantly ongoing. 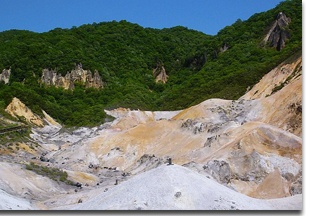 Noboribetsu is Hokkaido’s most famous hot spring resort, offering as many as eleven different kinds of thermal waters, that are considered among Japan’s best and most effective.The resort town consists of numerous (mostly large sized) ryokan and hotels with hot spring baths. Several of them open their baths during daytime to non-staying guests for typically 700 to 2000 yen. In addition, there is one public bath house located in the center of town.

Noboribetsu’s hot spring town is a 15 minute bus ride from JR Noboribetsu Station (340 yen one way, 1-2 buses per hour). The hot spring town itself is small and walk able. Visitor also can take a bus from New Chitose Airport to this town, it takes about 65 mins, and some Hotels or Ryokan have free bus transfer from the Airport. 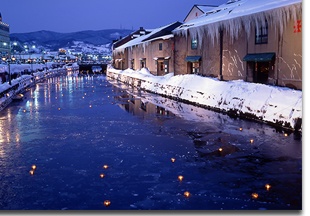 Otaru (小樽) is a small harbor city, about half an hour northwest of Sapporo by train. Its beautifully preserved canal area and interesting herring mansions make Otaru a pleasant day trip from Sapporo or a nice stop en route to or from Niseko or the Shakotan Peninsula.

From the early days of Hokkaido’s colonization in the late 1800s, Otaru served as a major trade and fishing port. It was hence chosen as the terminal station of Hokkaido’s first railway line that connected the port with nearby Sapporo. Many old warehouses and former office buildings by shipping and trade companies give Otaru’s city center a special character reminiscent of past decades. 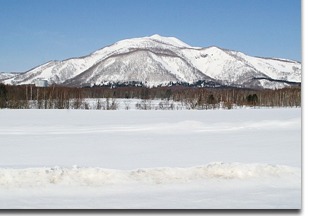 Niseko is the most famous ski resort in Japan, known for having tons of light powder snow, spectacular back country and a large number of foreigners – especially Australians – who in recent years have been responsible for popularizing the resort area with the skiing/snowboarding community outside of Japan. As a result, Niseko’s resorts are very accessible and welcoming to foreign visitors, which they keep busy with plenty of vast, long ski runs, endless powder, and a growing number of after-ski activities.

In addition to kilometers of ski trails, many of Niseko’s resorts offer winter adventure seekers the option to explore off trail skiing, a relatively uncommon attraction at most other ski resorts in Japan. The back country can be accessed through special gates around the resorts or experienced on guided tours and helicopter tours. The latter is also possible on nearby Mount Yotei, a nearly perfect volcanic cone, which can be seen from Niseko.