Winter is one of the most popular seasons to visit Japan but many of us were restricted to go this year (including myself!). Christmas is always a highlight, and we all love to end the year on a joyful note! Below are some fun facts about Holiday traditions that are unique to Japan and useful information to plan your next trip to travel during this season!

1. Spending Christmas Eve & Christmas Day with your Boyfriend or Girlfriend 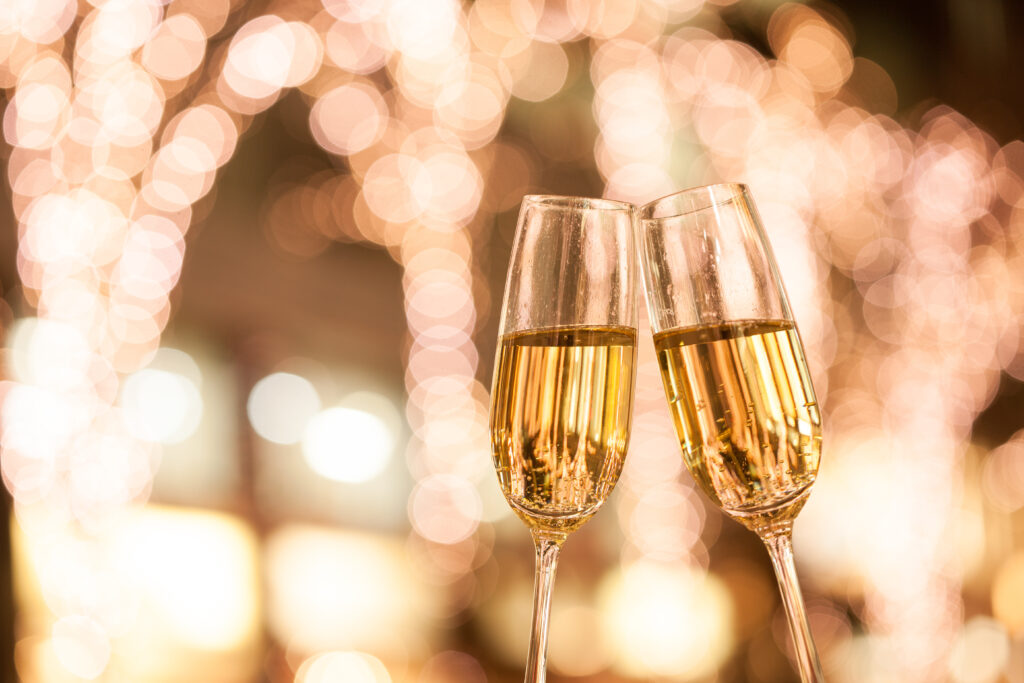 In Australia, stores are generally closed on Christmas Day as people spend time with their family. In Japan, Christmas is not a public holiday and is the complete opposite with most stores being open until late at night.

Although there are many reasons behind this, to most Japanese people, Christmas (especially White Christmas) is a romantic idea and therefore the prime season to spend time with your boyfriend or girlfriend. As cliché as it may be, winter in Japan is very cold and the atmosphere just makes people want to snuggle up to their significant other.

Due to this accepted concept, the most well-known Christmas songs among the Japanese are songs about love e.g. “Last Christmas” by Wham and “All I Want for Christmas Is You” by Mariah Carey. I can guarantee that you will hear this everywhere you go.

Bonus fact: Unless you have a significant other or anyone in particular to enjoy Christmas with, you will have to spend a miserable day as “Kuri-bocchi” (Kuri=Christmas, Bocchi=alone/loner). A popular slang used by the younger generations 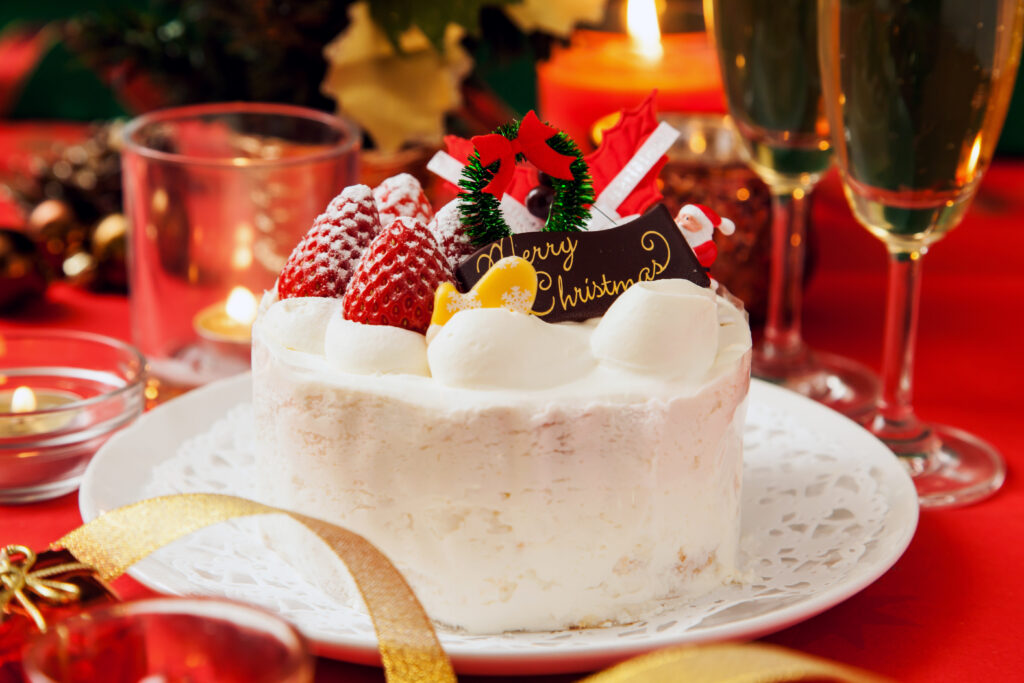 Yes, you heard me right. Unlike an Aussie Christmas feast with maple glazed ham, piles of prawns and Christmas pavlova, the Japanese like to do it simple with store-bought fried chicken (mostly from the store with the iconic bearded man) and a strawberry shortcake with a little Santa decoration.

There are several reasons behind this phenomenon, and to name a few:
1) The iconic bearded man resembles the looks of Santa Clause,
2) Whole chickens and turkeys are difficult to find in Japan, and most households don’t own ovens to cook them in,
3) Christmas day not being a public holiday leaves no time to prepare feasts and fast food is the most convenient option

Bonus fact: it is widely admitted by older generations that once a woman passes the age of 25 and is still not married, she is considered “Urenokori” (goods left unsold) just like the unsold Christmas cakes passed 25th of December… 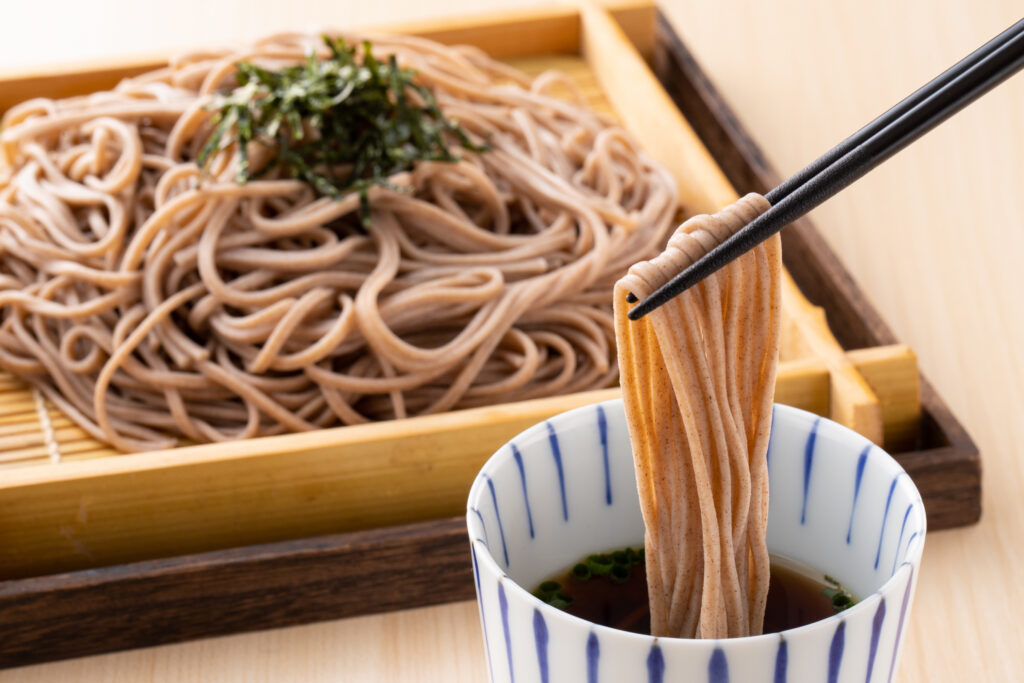 After your end-of-year whole house cleaning, the last day of the year is spent quietly at home with your family watching TV show specials, lazing around in a “kotatsu” (an electric heated low wooden table with a futon placed on top) and eating mandarins.

For lunch or dinner on the 31st, it is common to eat “Toshikoshi Soba” (year crossing buck-wheat noodles) to finish off the year. Again, there are many reasons behind this but many believe that the length of soba symbolises life and eating it will increase longevity and ensure a healthy new year. 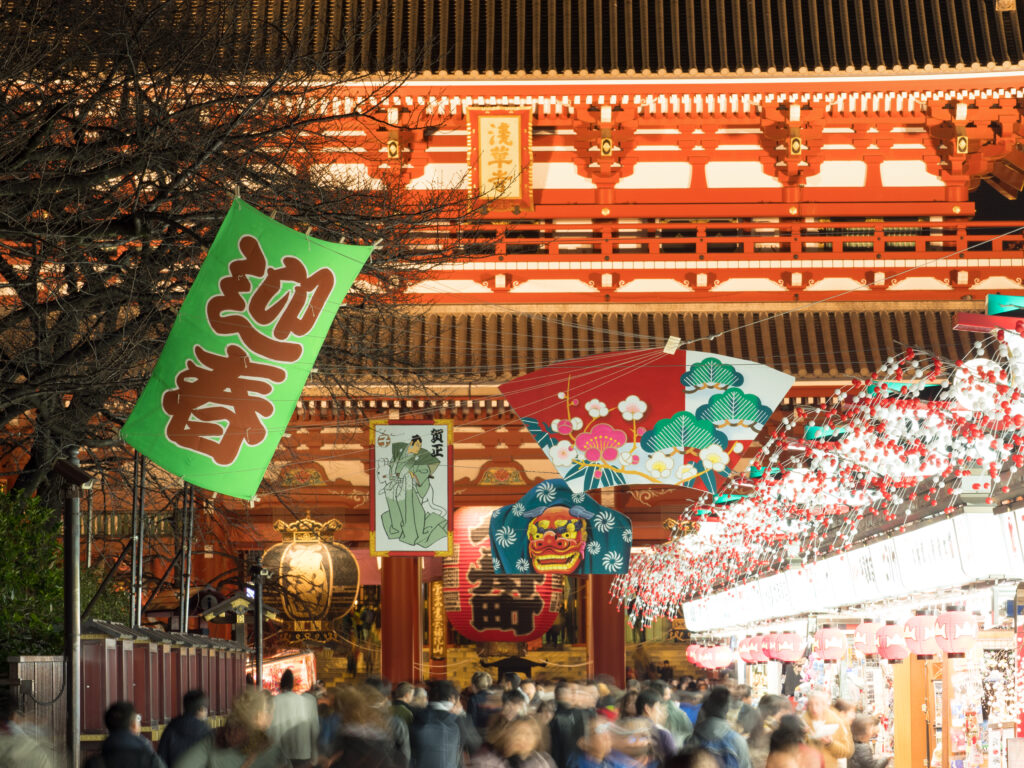 While fireworks are commonly used to celebrate New Year’s in Western countries, most Japanese are likely to spend the day rather quietly and pay a visit to a shrine or temple to pray good luck for the year.

For popular shrines and temples, enormous lines of people, eagerly waiting to pray, form in front of the “honden/shinden” (sanctuary) on New Year’s Eve to the morning of.

Instead of an enthusiastic New Year’s countdown, in Japan, “Joya no Kane” (New Year’s Eve Bell) is rung 108 times in total to leave behind all the worries of last year; coming from a Buddhist concept of 108 worldly desires e.g., anxiety and hardship caused by material desires.

Sound a little boring compared to parties and fireworks? Not to worry, there are many other festivities to take part in!
• Drinking hot “amazake” (fermented sweet rice drink) and “oshiruko” (red bean soup) to warm you up in the freezing cold,
• Read an “omikuji” (fortune telling written on strips of paper)
• Write your New Year’s wishes on an “ema” (picture-horse; small wooden plaques),
• Enjoy delicious food stalls and games

Bonus fact: Some women like to dress up in “furisode” (swinging sleeves kimono) to celebrate the special occasion. If you take part in hatsumode, be sure to look out for people wearing beautiful kimonos! 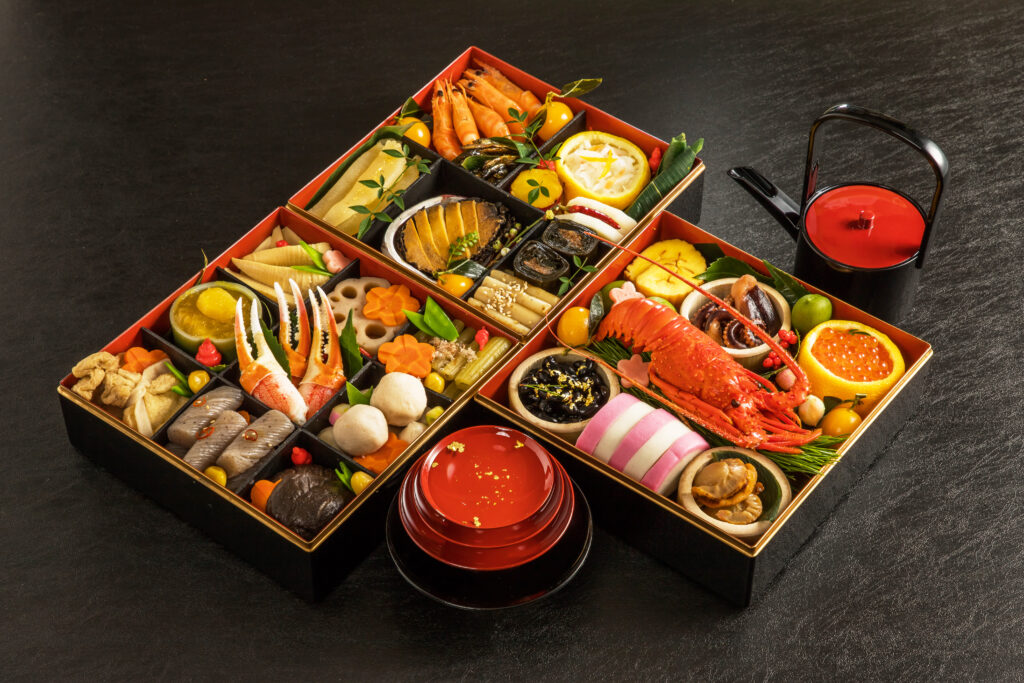 Lastly, remember that the equivalent to an Aussie Christmas Holiday is “Sanganichi” (3 days: 1st-3rd of January) in Japan. During this period, majority of stores and businesses are closed across Japan and families tend to gather to spend “Oshogatsu” (New Year’s Day) together.

Due to stores being closed, “Osechi” (a special box consisting various traditional New Year dishes) is prepared for the family to eat over the holidays. Each dish has a special meaning -usually a play on words- to celebrate the New Year.

Bonus fact: another New Year custom is to give “Otoshidama” (Otoshi=falling, Dama=ball; monetary gift) to children. Children often use this money to purchase toys and games.

There are many more customs and traditions unique to Japan that have not been introduced here, but I hope this gave you an idea of how the Japanese celebrate Christmas and New Year’s.

Would you like to spend your Christmas or New Years in Japan?